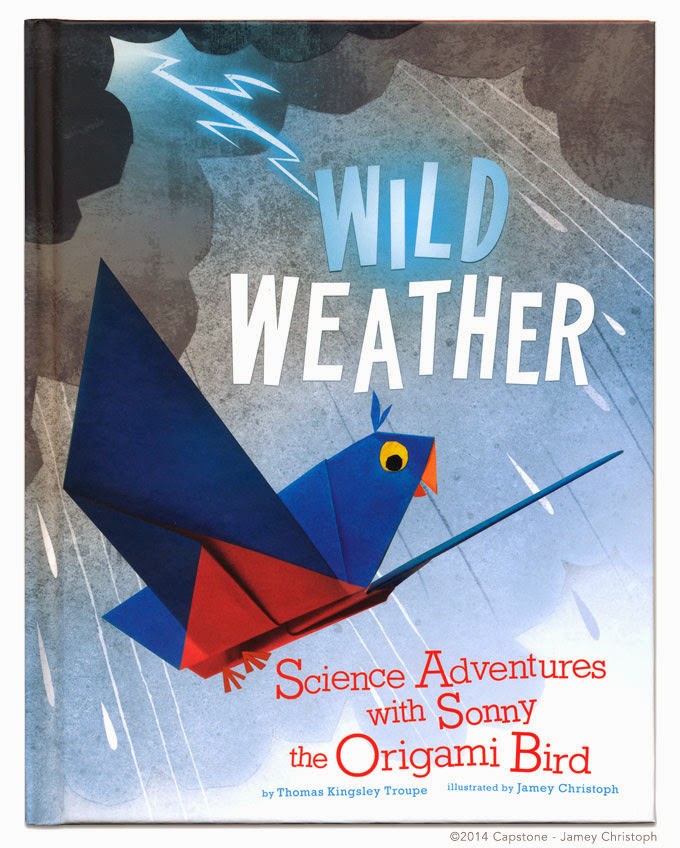 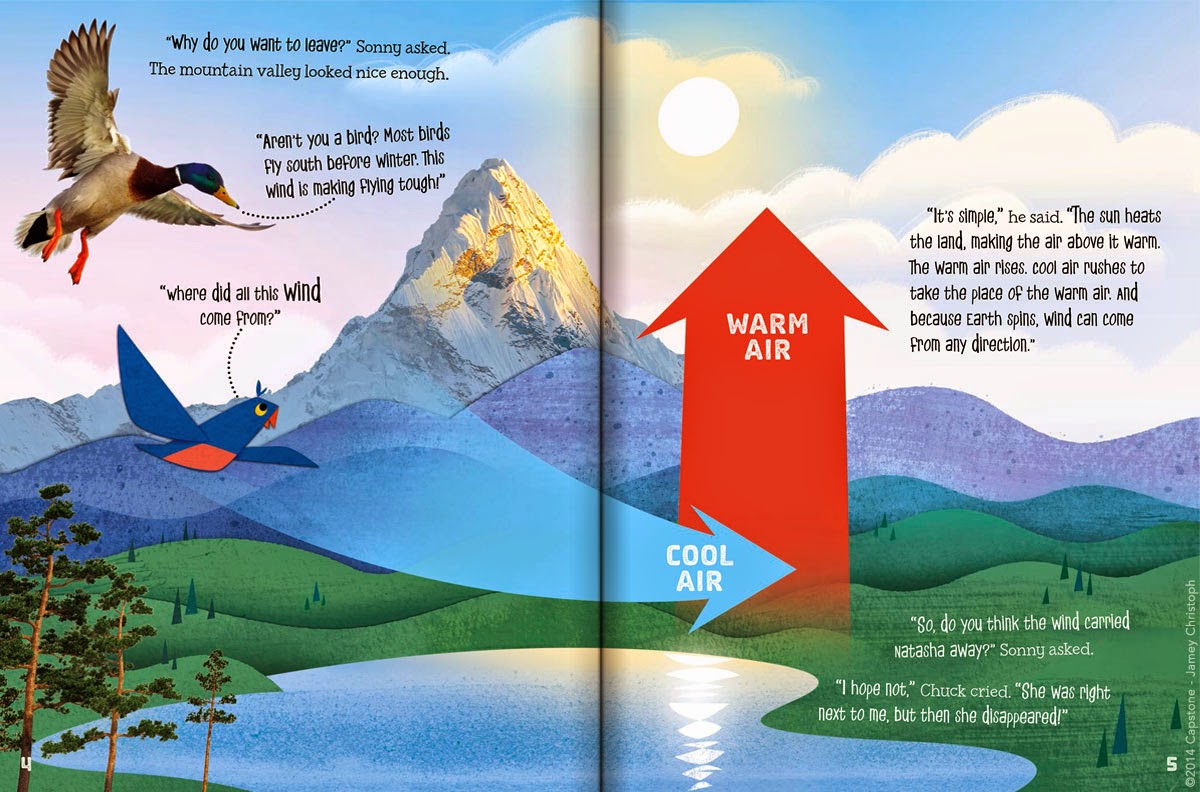 Sonny and Chuck learning about wind. 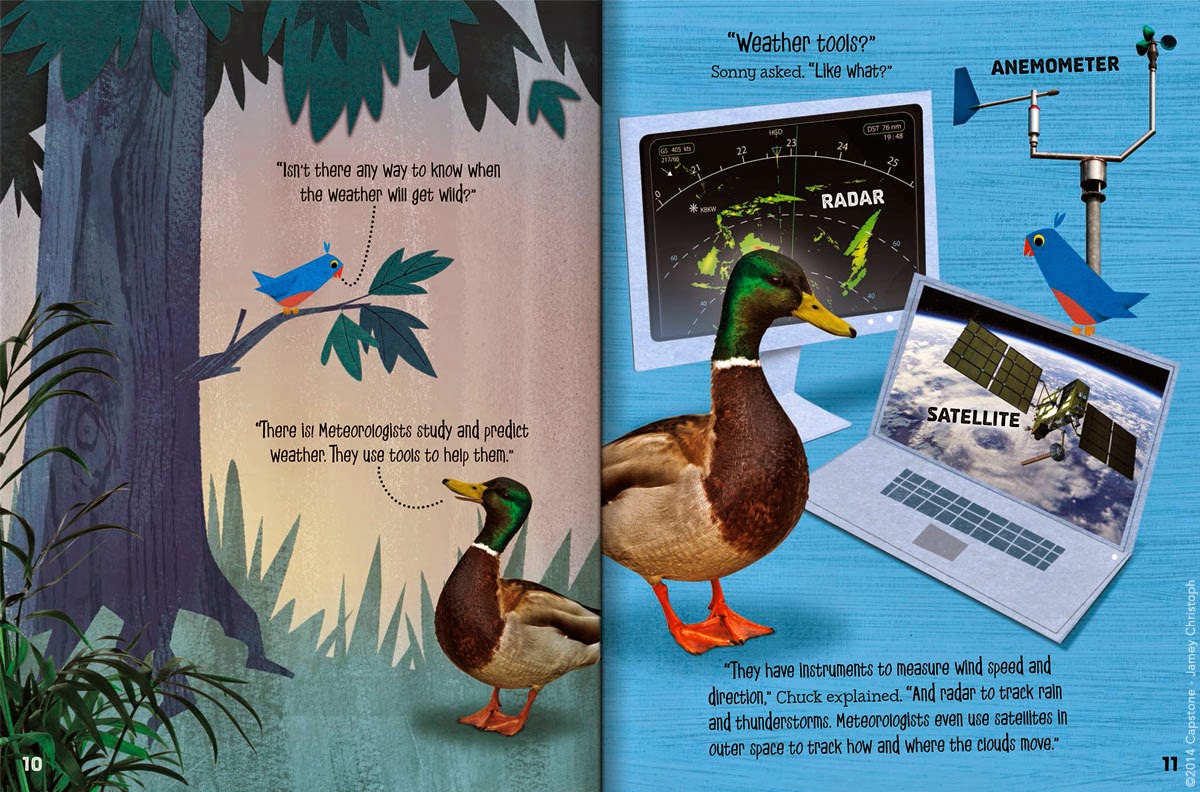 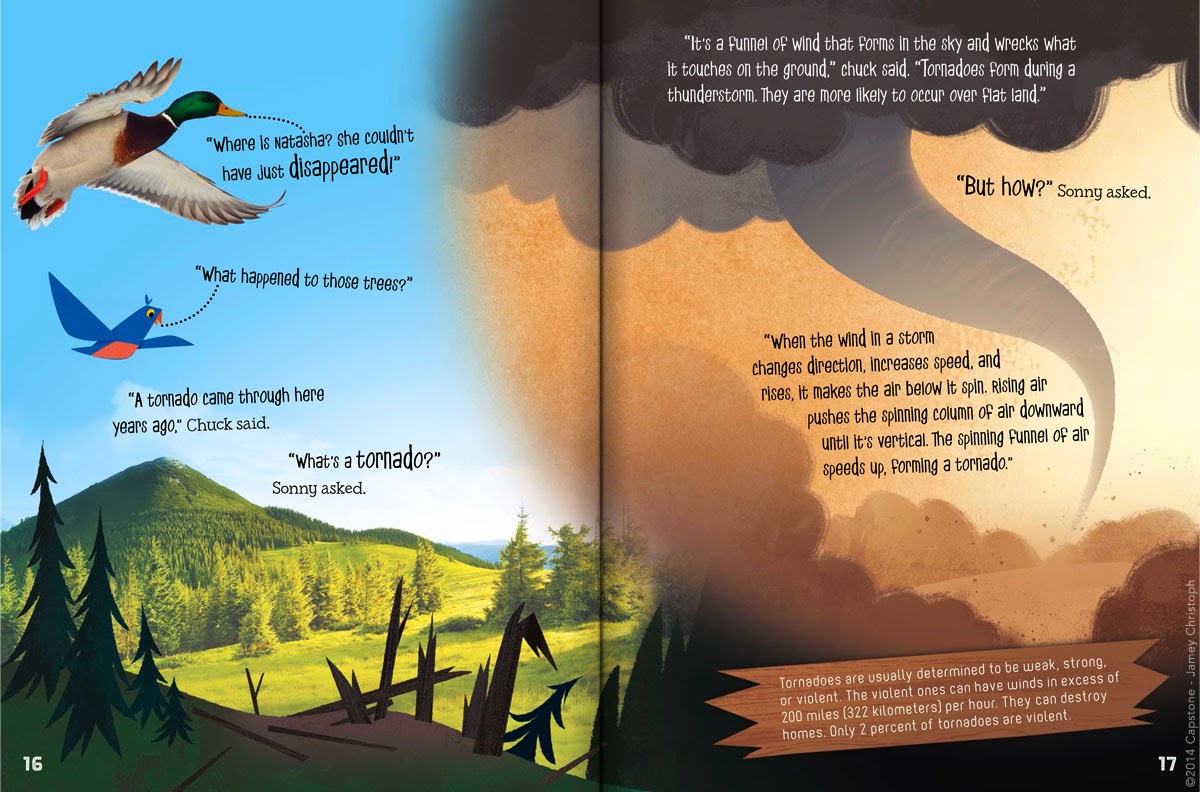 Sonny and Chuck learn about tornados, one of my favorite weather phenonmena from the book.

With Winter behind us and Springtime setting in, I thought it fitting to share one of the childrens books I recently illustrated, Wild Weather. Published by Capstone, this is the fifth book in the Science Adventures series, a recipient of the 2013 Teachers Choice award. Thanks to Nathan and Ashlee for another fun collaboration. You can find each of the books on Amazon or through the publisher here.

Sonny and Chuck heading off on another adventure! 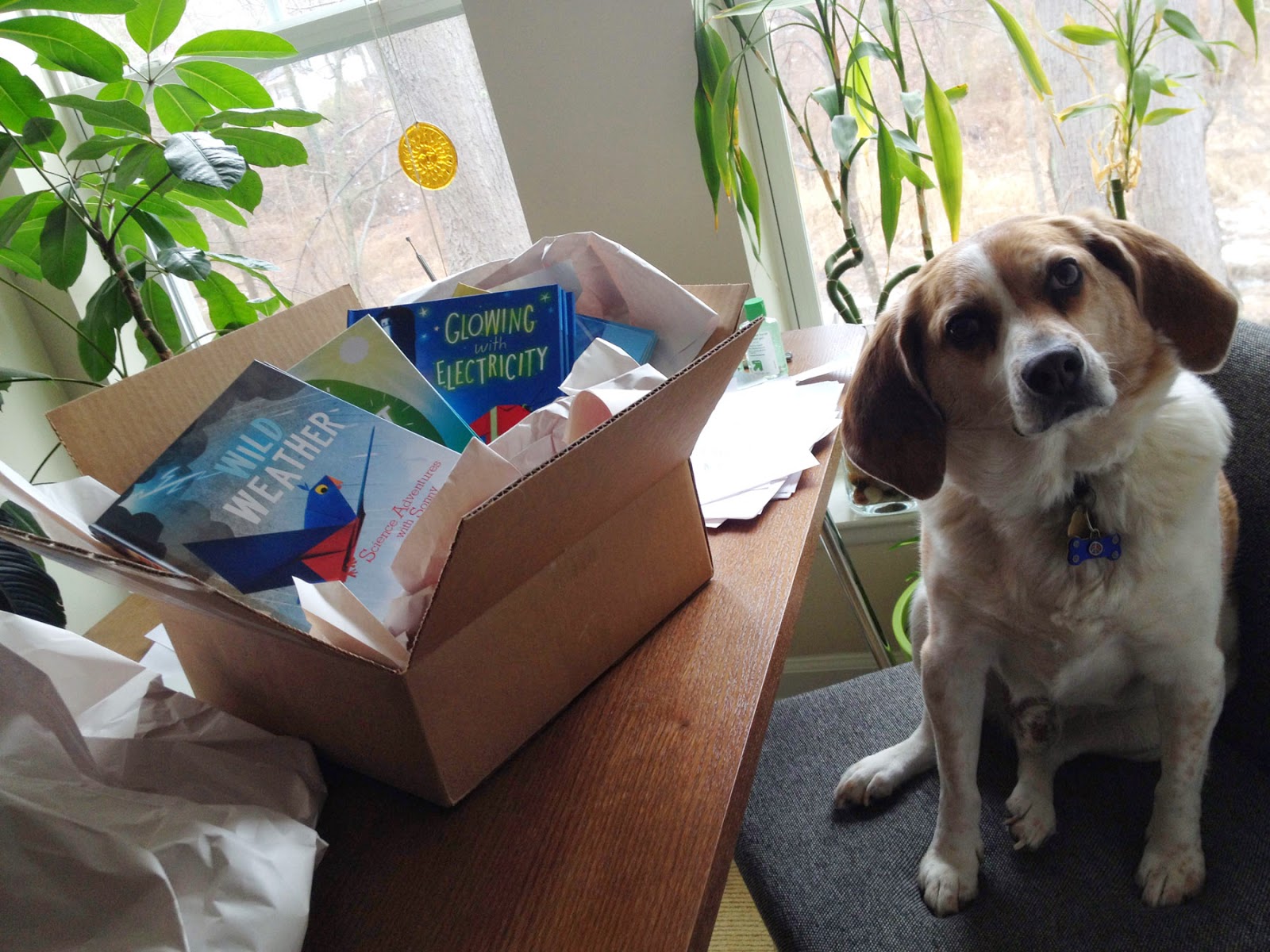 My other dog Owen at his favorite spot, the kitchen table.

I'm happy,  I just got a shipment of samples from my latest children's book series, they are a welcome burst of color on this gray day. Thank you Ashlee - they look great! I will scan the covers in and post pics soon!
Posted by Jamey Christoph at 2:38 PM 0 comments 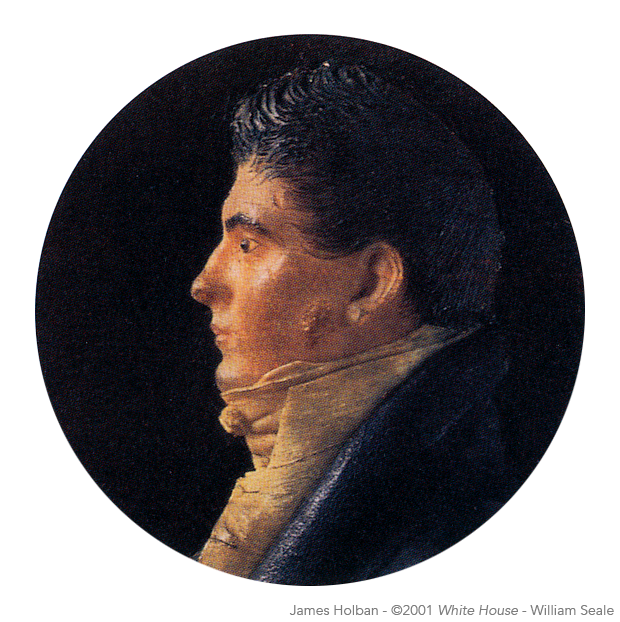 I raise a pint today to James Hoban, the largely unknown Irish-born architect, who won a national competition and designed the White House in 1792. Hoban's iconic design stood apart from the rest, for its imposing central pediment and columns. The only revision came from President Washington himself, who wanted the residence enlarged and embellished. "Washington liked what he saw, a bigger footprint for the mansion and an abundance of frills— roses, garlands, acanthus leaves, acorns, griffons— that would awe Americans and impress the most fashionable European visitors" (Bordewich, 2008). For his efforts, Hoban was awarded a parcel of land in the new federal city and prizes totaling $500 (about $20,000 by today's estimate). Proof again creatives, the true reward is often not paid in cash, but in the work itself, something lasting and treasured. 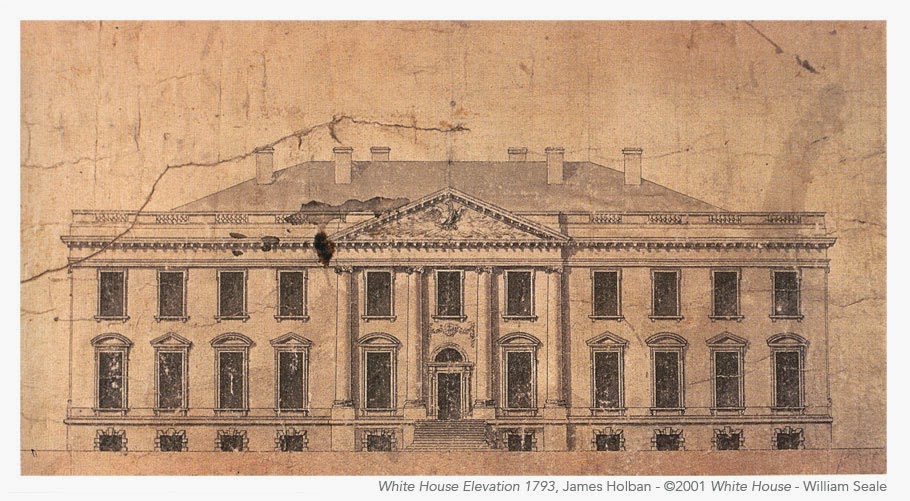 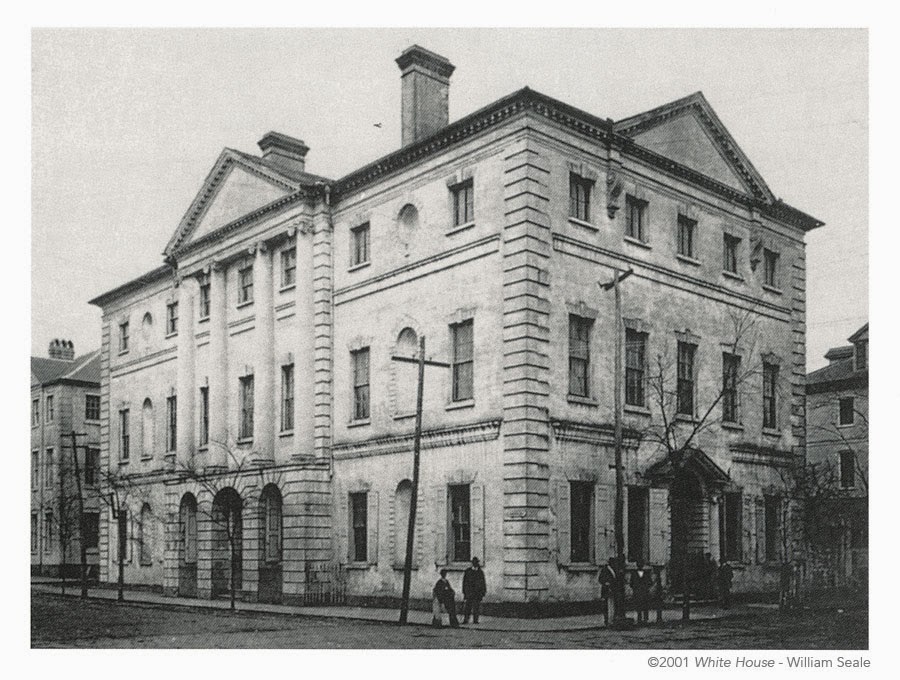 Court House, Charleston, South Carolina 1790 James Hoban
Washington met Hoban while visiting Charleston in 1791, the architect and his work, made a lasting impression. It is interesting to note, Hoban's original White House design was also three stories. The pedestal-like first floor and expensive stone flooring were compromised to save money. 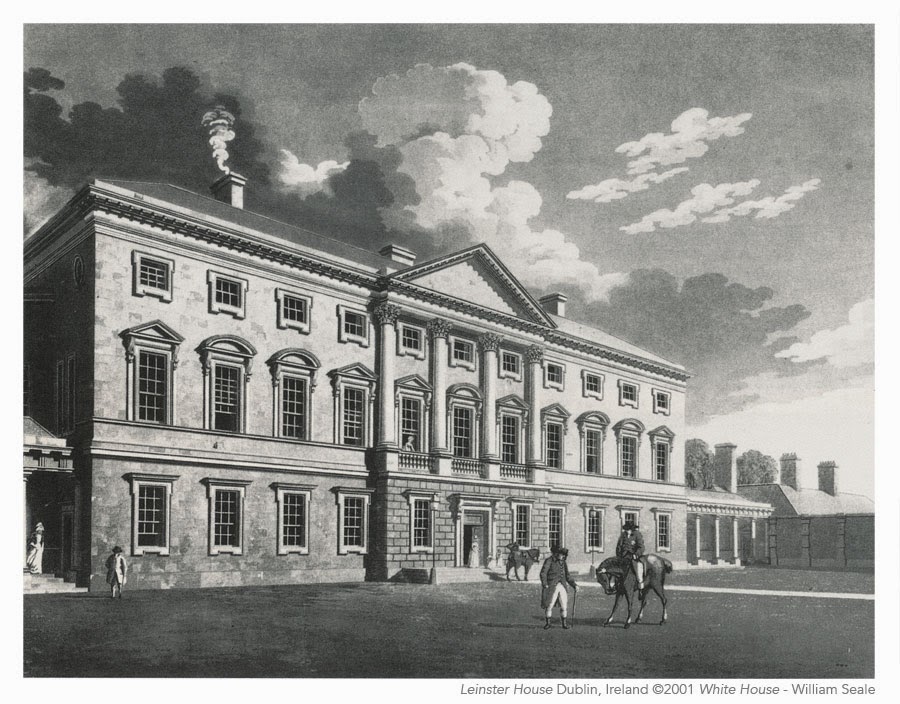 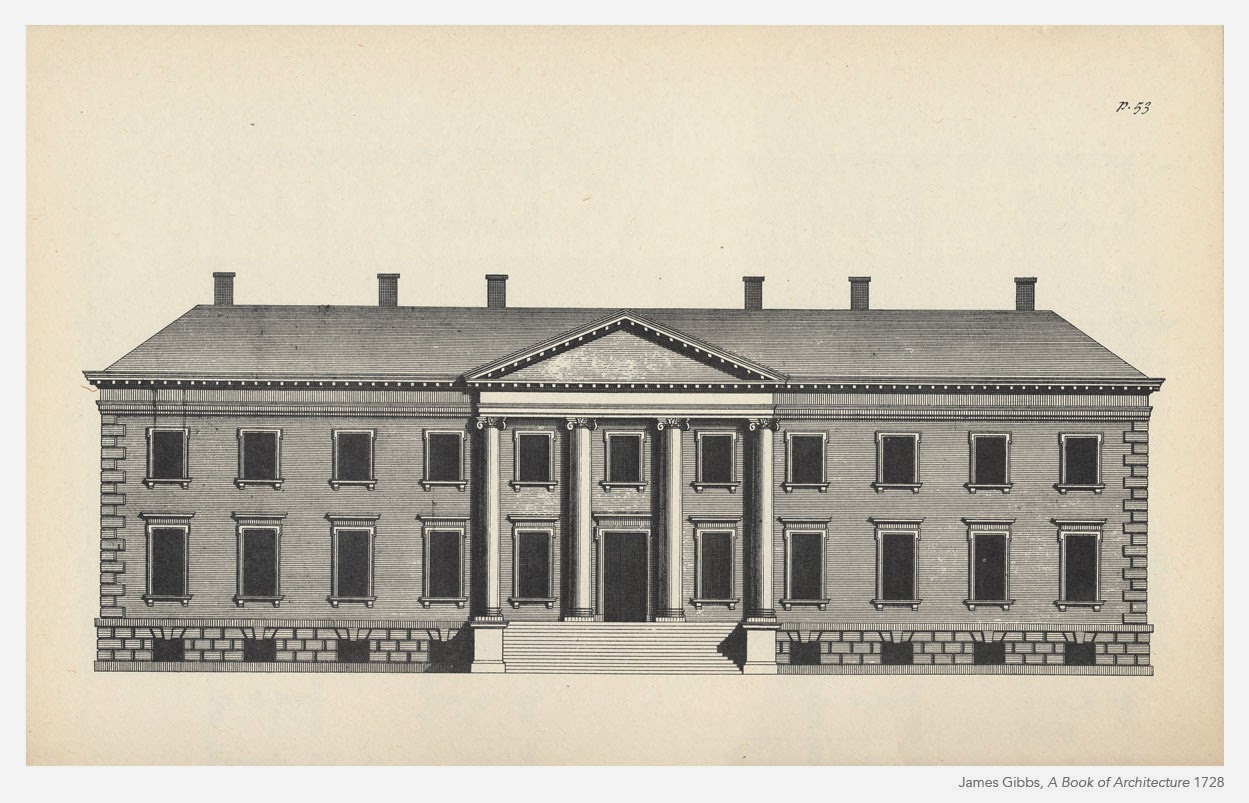 A Book of Architecture, 1729 James Gibbs
Predating Hoban's design by some 60 years, it is obvious Gibbs had some influence on Holban. 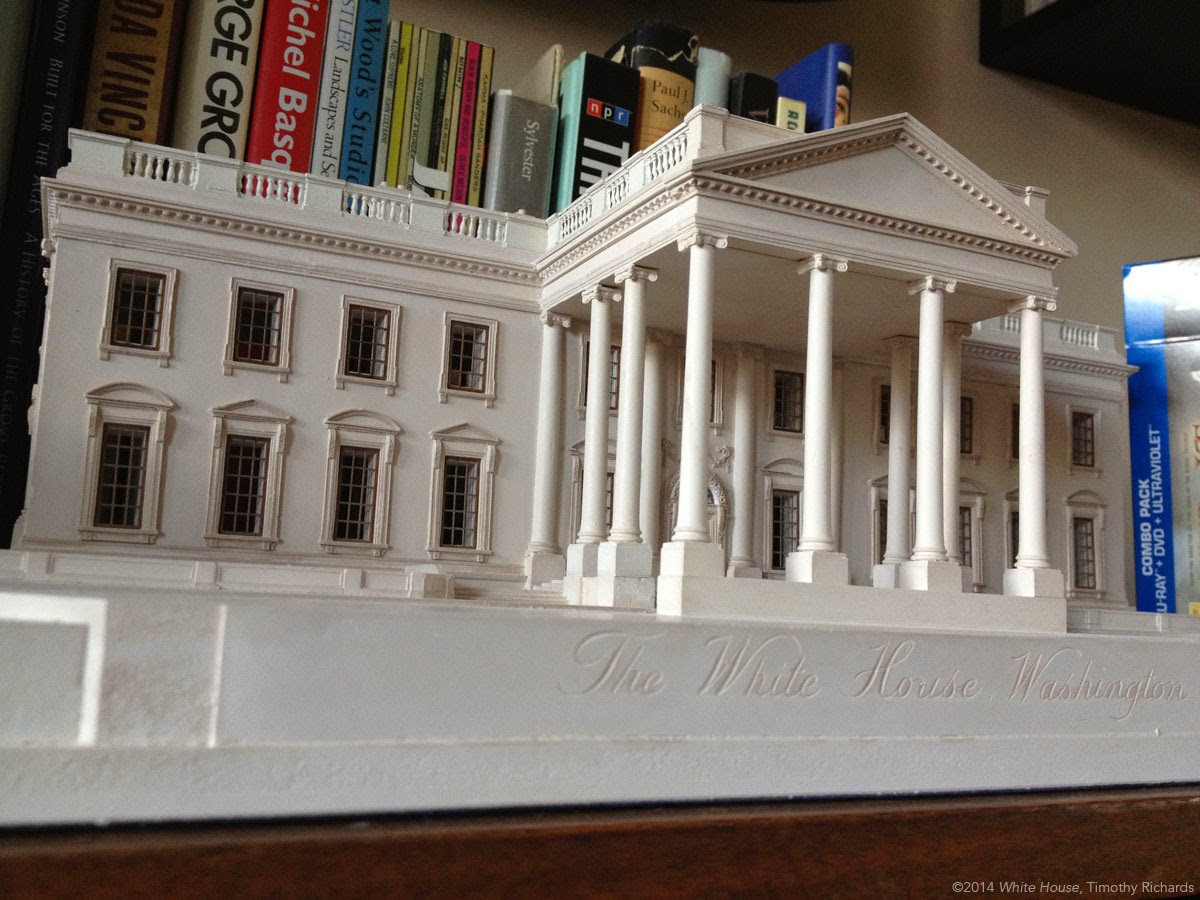 Lastly, I wanted to share one of my favorite things, a plaster model of the White House designed by the British architectural model-maker, Timothy Richards. As you can see, his proportions and attention to detail are masterful. Check out more of his work here.

Bordewich, F. 2008 Washington. New York: Harper Collins.
Additionally, images for this post came from The White House, The History of an American Idea, 2001 by William Seale
Posted by Jamey Christoph at 2:35 PM 0 comments 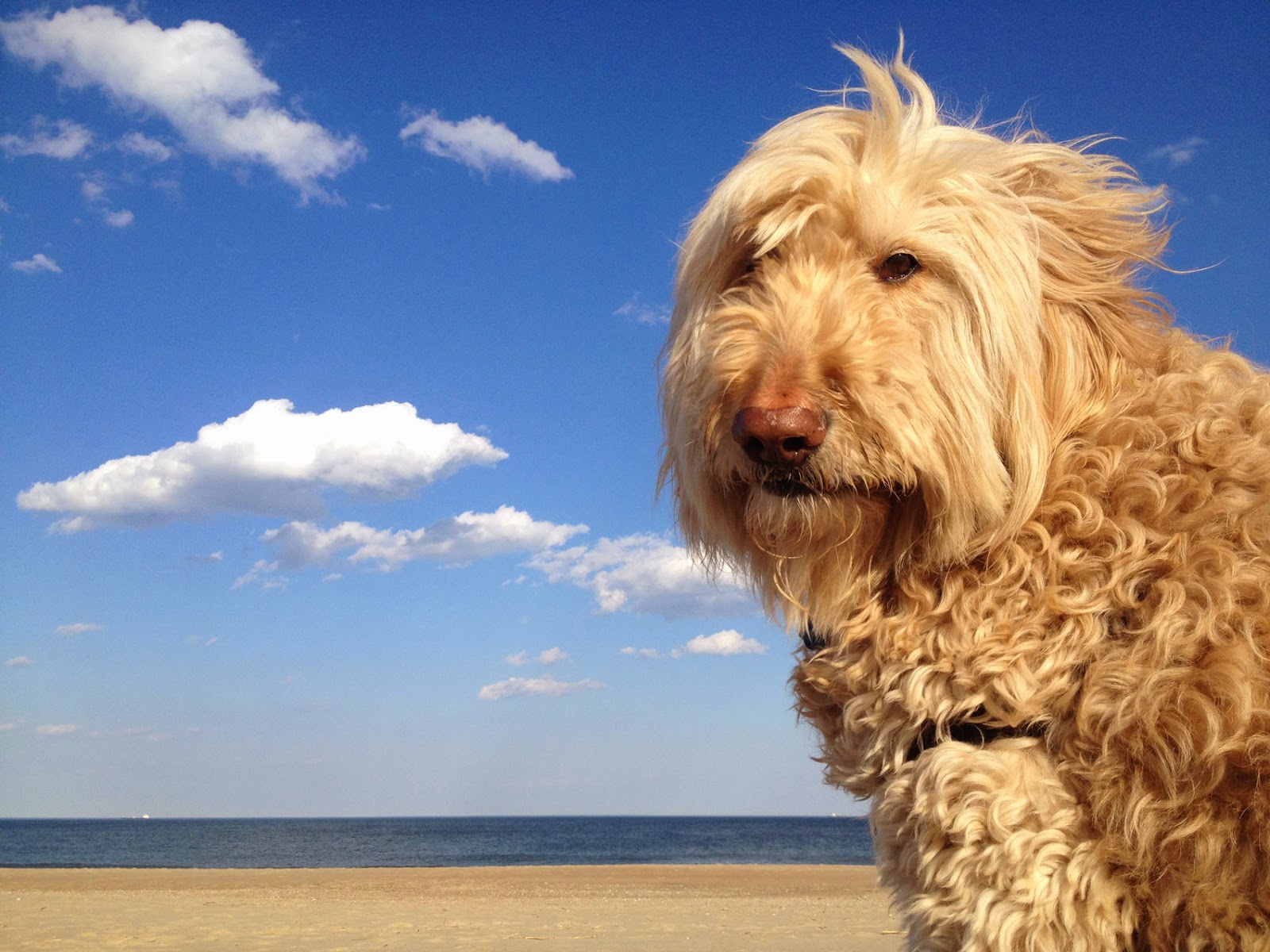 Spencer at the Beach 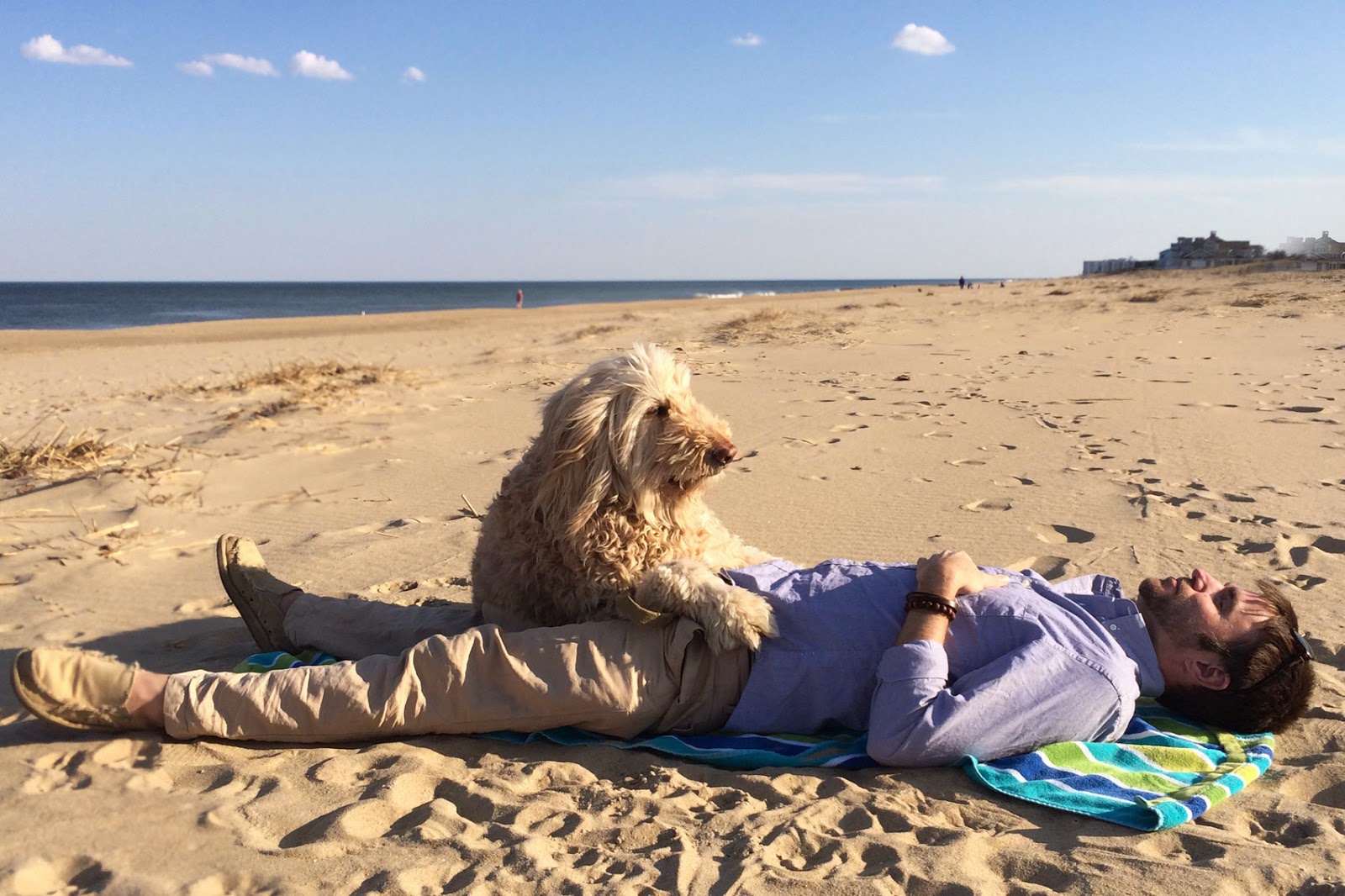 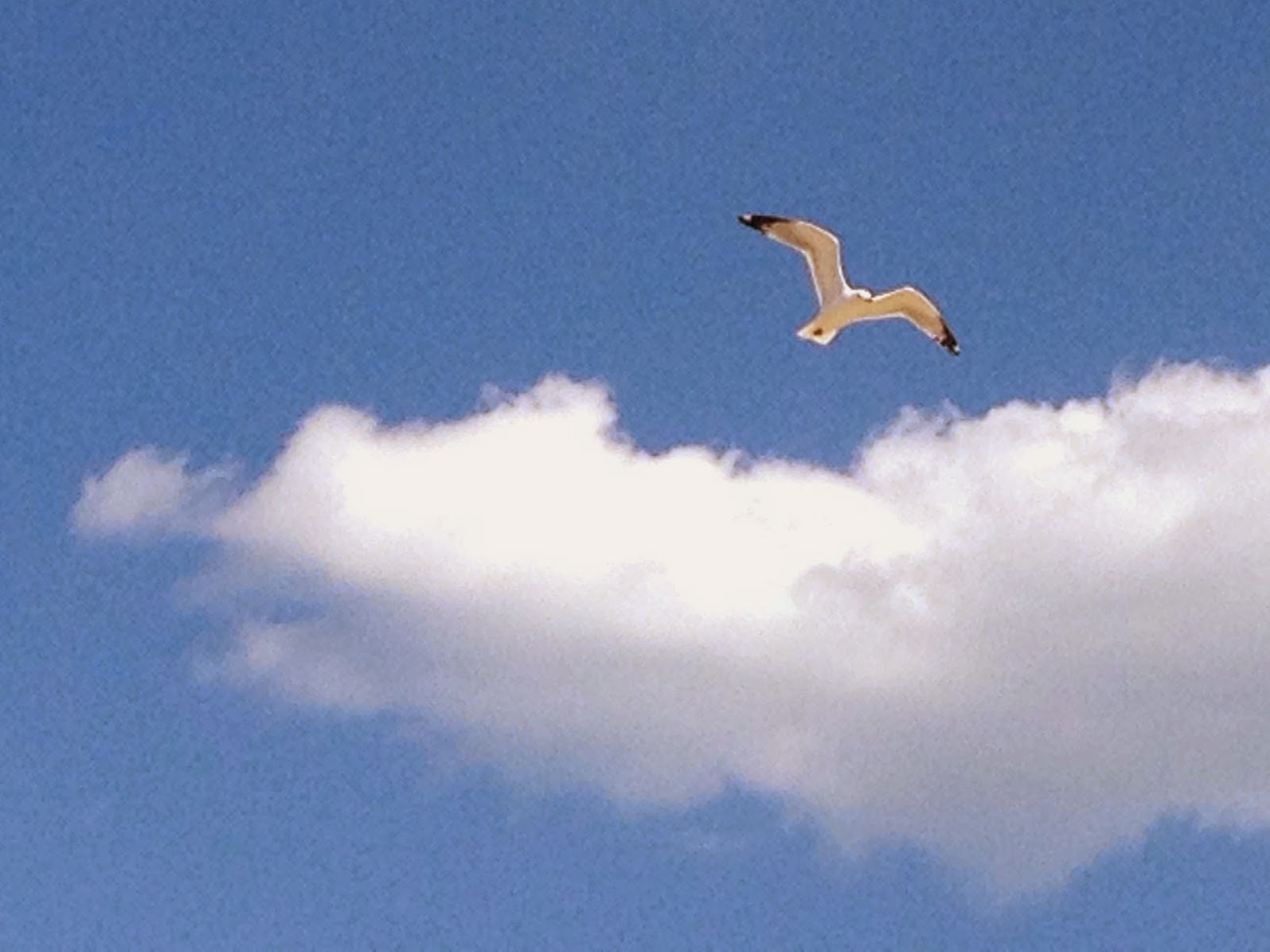 What better contrast to today's historic anniversary, than a sunny day at the beach?