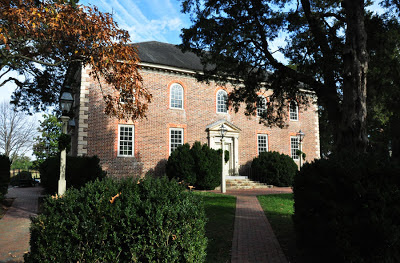 This one's especially for all the hand-lettering people out there. If ever you find yourself driving into D.C. through northern Virginia's Richmond Highway/Route 1.  Keep an eye out for old Pohick church, a little red brick colonial, just off the road and surrounded by trees and a cemetery. This Episcopal church, has stood at these crossroads for over two centuries. Both George Washington and George Mason attended services here, their family's pews are still marked. Although the interior is a must see, with its 18th century wood paneling, what I actually find more intriguing about Pohick, what speaks to me the most, requires a closer look outside. As you walk up to the church's stately entrance, you don't see them at first... 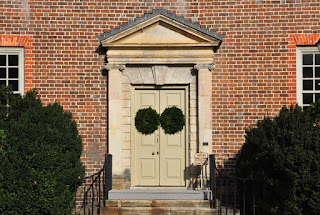 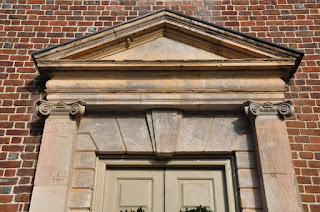 but just as you're about to reach for the door knob, you notice all the writing, chiseled into the stone like ornamental relief. 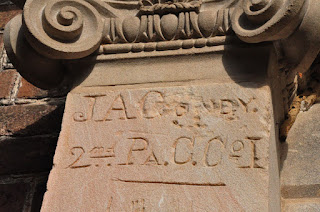 During the Civil War, the church was occupied by the Union army, at one point it even served as a horses stable. Soldiers looted the interior and scratched their names and rank (some rather elegantly) onto the exterior stonework. It's as if they were saying to posterity, we were here, remember us too. As you can imagine, there were many critics of this 19th century vandalism in it's day, probably even a few today, but I think it's beautiful. The hand lettering is so distinctive, with all of its serifs and flourishes, almost artful. Like little whispers in time, the names seem to call out to you from the stone, ghosts from a troubled past. We were here, remember us too. 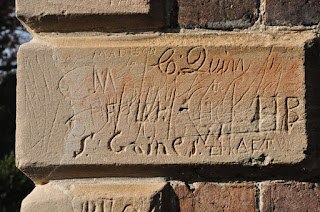 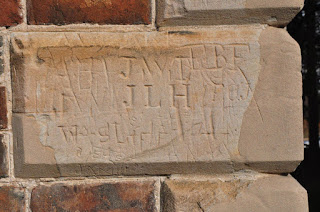 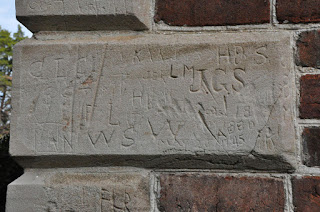 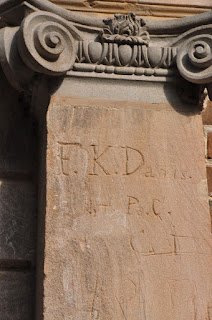 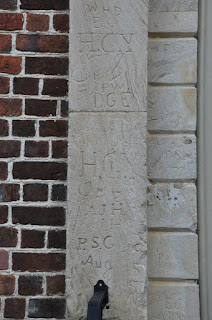 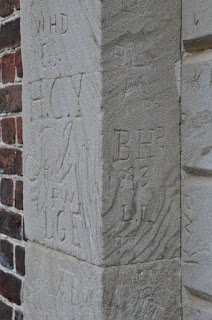 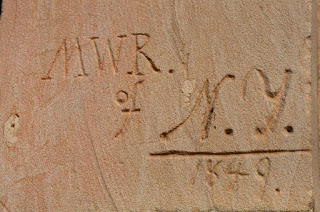 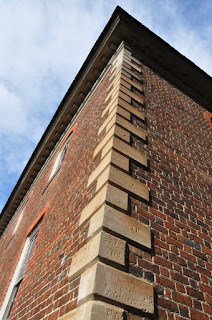 Posted by Jamey Christoph at 8:15 AM