I'm a little embarrassed to admit it, but with the release of the film a month ago, I got sucked into the world of the Hunger Games.  I even channeled my inner 13 year-old-girl and read all three books!  According to NPR, Dystopian novels like the Hunger Games are all the rage. A recent story on All Thing's Considered touched on the phenomenon, attributing it to the economic uncertainty of our trying times. Where 'young hero protagonists inherit dark and broken worlds', check it out here if you have the time and interest.  This is all very interesting and so is the movie's commentary on our glitzy media and entertainment obsessed culture. Though, what drew me most to the Hunger games, were the images of the dystopia itself.  Here, the film makers seem to have drawn inspiration from the decadence and austerity of 1920's-30's Germany. First, in brightly colored deco couture that conjure up the glamorous and grotesque subjects of an Otto Dix painting.  Then through architecture, referencing the monolithic classicism of nazi architect, Albert Speer.  In my opinion, you're not hit over the head with it, but there are visual clues to trigger the perception. After all, what better way to depict an oppressed totalitarian regime, than the dark and disturbing imagery of the nazis.  In my post today, I've gathered a few examples to draw these parallels. 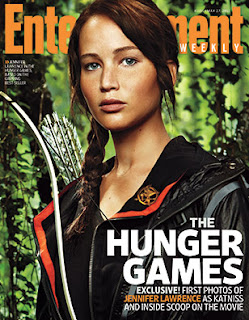 Classically beautiful Katniss Everdeen with her, rather anachronistic, braided hair. 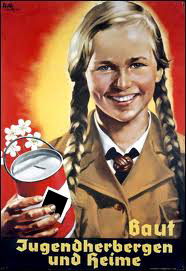 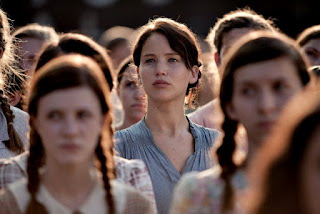 Standing shoulder to shoulder, the girls of District 12 evoke scenes from a Leni Riefenstahl film. 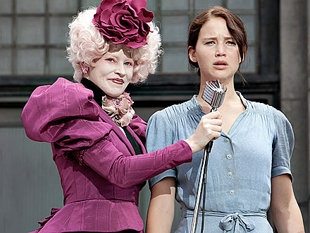 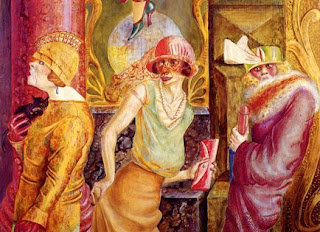 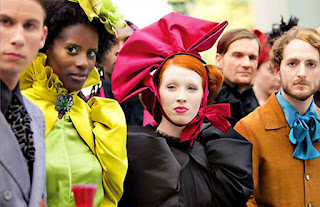 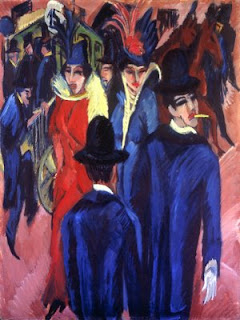 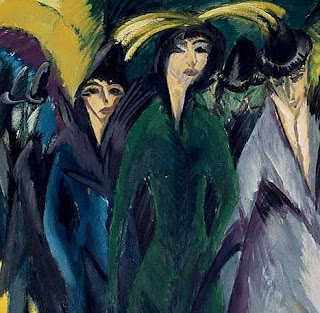 Avenue of the Tributes, Capitol City.

Panem's Capitol with it's broad central avenue leading to a domed structure on the horizon. There are shots in the film that even more closely resemble fascist neoclassicism, but I couldn't track them down online. 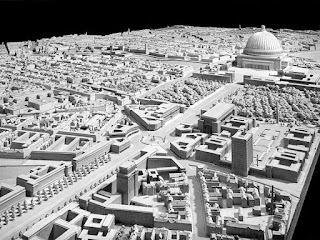 Albert Speer's model for what would have been a new Berlin, called Germania. Note the geometry of buildings and most similar to Panem, the long central avenue leading to a domed structure. It's effect is brilliantly imposing, a white-washed and conformed, nightmare of a city.

All of these long avenues, neoclassical monuments, and domed buildings may remind you of another capital city.  But in contrast to the previous two, I think we can all agree that boy did they ever get it right in Washington D.C.  It's such a stunning and inspired cityscape. In contrast, the scale and ornament of the Federal-style uplifts and empowers, serving as a symbol of hope and freedom in the world. You may think me too patriotic for saying it and I know our country (and government) are by no means perfect, but it still remains the best shot at justice and representation the world has ever known. Well, unless Obama loses, I'm kidding. Ha! ; ) But before you go, take a look at this shot of the National Mall from across the Potomac.  Gorgeous! 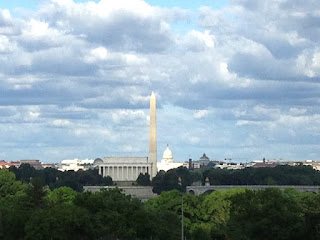 Potomac river and Washington D.C.
(taken with my iphone near the Iwo Jima Memorial, my new favorite spot to spread out a blanket and read :)
Posted by Jamey Christoph at 1:20 PM