the latest from Washington...

Somehow it's all ready Fall again. Although it's my favorite time of the year, I have dreaded posting anything new. How do you move on? ...from that last post and in general? My dear Mom is one tough act to follow but as some of you have kindly expressed to me, Mom's creative spirit lives on in my own work. (and Sarah's too!) I really like that concept.

While I was in Florida I had plenty of time to think back on the world I was just getting to know in Virginia/ D.C. I began working on these at that time and so I thought I'd share them today. You probably know by now how fascinated I am with George Washington and his story, but what you may not know, is how fascinated the first President was with architecture and interior design. George was the sole designer behind Mt. Vernon, overseeing extensive renovations and making furniture purchases from the front lines of the Revolutionary War. The White House design was a sort of pet project, he took up on the side while serving as President. In selecting architect James Hoban's design, Washington set the aesthetic standard for all government buildings in the new Federal City. In contrast to the palaces of Europe, The White House's humble yet stately size was also attributed to Washington, as was it's color, white stone instead of the fashionable red brick of colonial Virgina. I know I'm crazy but for some reason I've always gotten into this stuff and Mom was always right there cheering me on. 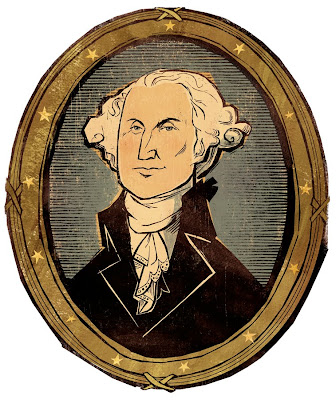 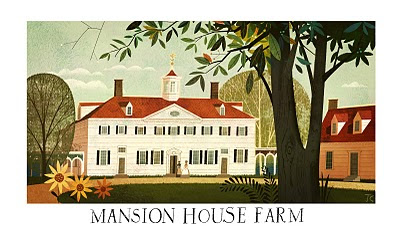 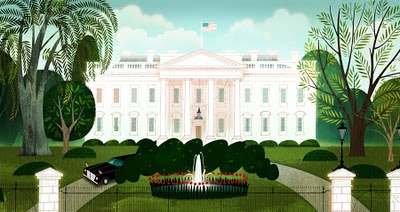 Posted by Jamey Christoph at 12:05 PM

Great art and a history lesson to boot!

Ha! Thanks! JsZ... is that you Jeff? Quiz is on Friday. ; )
This weekend will be a trial run on having guests in the cozy second bedroom. Just throwing it out there should you and Brandon ever make that dreadful haul back down here. Could show you guys all the sites in person but more importantly, I think a 'game night' is in order.

Hey, yep its me. And I love all your post btw. Your work keeps getting better and better! A weekend getaway sounds good to me -hopefully we can make it down there before the snow flies.